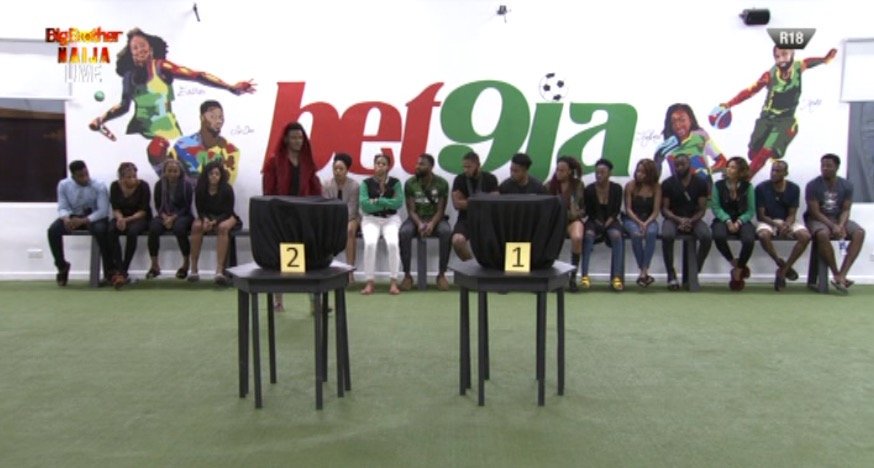 Yesterday on the #Bet9jaBBN show, Biggie introduced a new twist as to how nominations in the house were going to go. On Monday evening while housemates were waiting for their live nomination, Biggie gave a surprise announcement for all housemates to move into the Arena.

When they entered the arena, two covered drums were already placed on pedestals containing wrist bands. The housemates were instructed to take a wrist band from the two bowls, one for the male housemates the other for the female housemates. Each bowl had wrist bands with red and green colours.

The red team which had Cindy, Elozonam, Enkay, Frodd, Ike, Khafi, Omashola, Sir Dee and Tacha named themselves ‘The Icons’ while the green team which was made up of Mike, Gedoni, Diane, Esther, Seyi, Venita, Mercy, Joe and Jackye  named themselves ‘Cruisetopia’. Henceforth both teams will be involved in nomination tasks where the losing team will automatically be up for eviction. Though Ebuka made it clear there will be no eviction this Sunday, Biggie told housemates they would know their fate on Sunday. 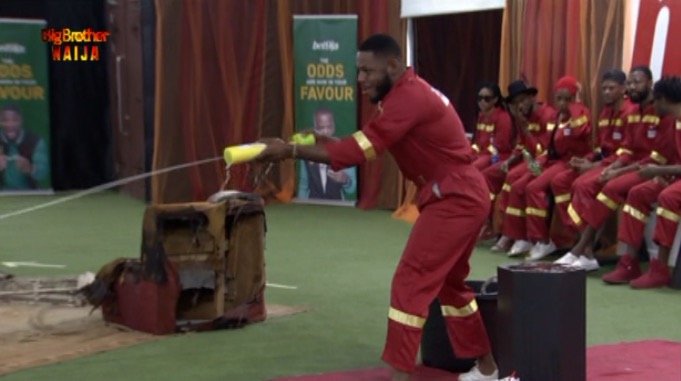 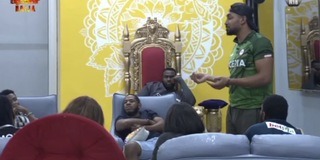 Marshall Keeping up with Ozones🥥®️@DaOnlyMarshall·
11m