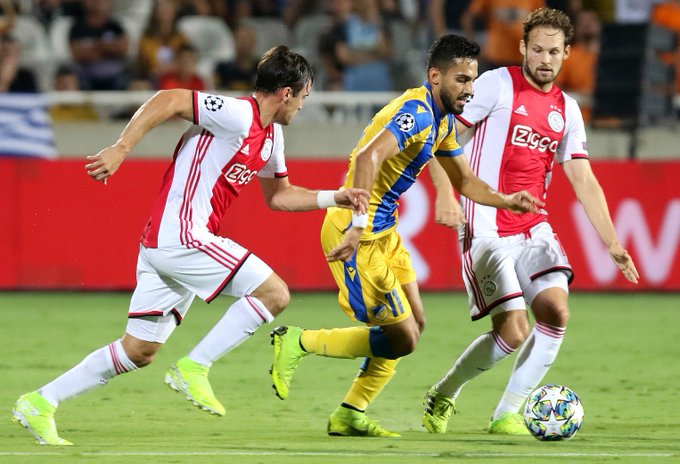 Last year’s semi-finalists Ajax Amsterdam clung on for a tense 0-0 draw in searing heat away to APOEL Nicosia in the first leg of their Champions League playoff tie on Tuesday .

Slavia Prague won 1-0 at Romania’s Cluj thanks to a spectacular Lukas Masopust goal in another of the ties which will earn the winners a lucrative place in the Champions League group stage while Club Bruges also won by a single goal at Austria’s LASK Linz.

Ajax have managed to keep the bulk of last season’s team together, with Matthijs de Ligt and Frenkie de Jong the only major departures, and fielded seven of the players who started the second leg of their dramatic semi-final against Tottenham Hotspur in May.

Despite a bright start, they were indebted to goalkeeper Andre Onana and played the last 10 minutes with 10 men after Noussair Mazraoui was sent off.

Musa Suleiman caused Ajax all sorts of problems and went agonisingly close to giving Cypriot side APOEL a first-half lead after he cut in from the right, played a one-two and spun into the box but sent his shot wide of the far post.

APOEL increased the pressure after the break as Onana parried a powerful Lucas Souza shot before another effort was cleared off the line and an Andrija Pavlovic header bounced off the crossbar.

Jordanian Suleiman volleyed into the side-netting from close range and Onana then made a brilliant one-handed save to deny Souza again.

Mazraoui was given a second yellow card for a reckless sliding tackle but Ajax survived with their goal intact.

Slavia broke the deadlock in Romania with a remarkable goal when Nicolae Stanciu floated a corner to the edge of the penalty area for Masopust to volley effortlessly into the net. 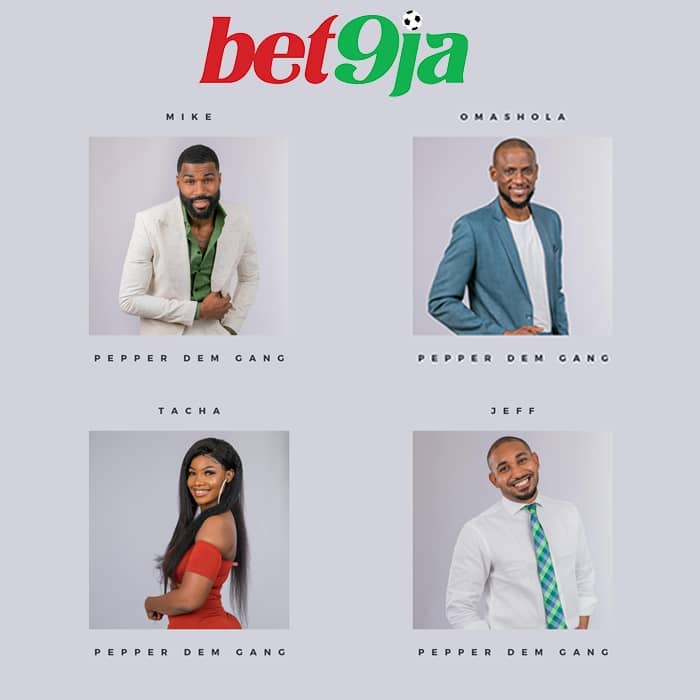 Here Are The Four #Bet9jaBBN Housemates Up For Eviction This Week 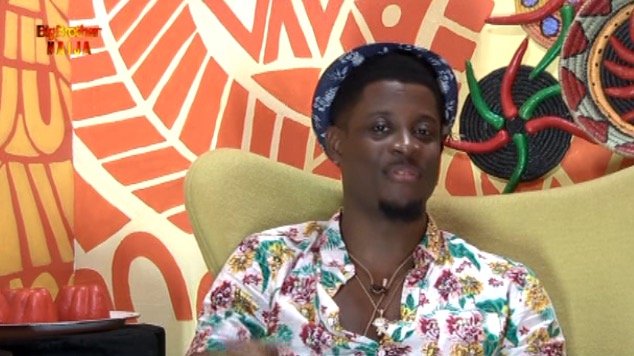 Their time's the charm right? This seems to be Eeyi's mantra as he has won the Head of House position…